The U.S. Constitution made no mention of them. America’s first president sought to corral them. Its 16th strove to defang them, bringing opposing members within his inner circle. And in just three weeks, when those who haven’t mailed in their ballots head to the polls, Americans will mostly choose between just two.

Political parties. The choices are limited. Winner-take-all voting is hard on those who don’t wear red or blue. And in 2020, third-party contenders for the White House maybe even less of a factor. Sorry, Kanye.

So … in this final leg of the U.S. presidential campaign, we’re taking a step back to ask a bigger question: Is a two-party system actually good for the country?

George Washington generally wasn’t a fan, using his farewell address to warn that the “will of a party” might supplant the “will of the nation.” Yet Thomas Jefferson later concluded that “men by their constitutions are naturally divided into two parties.’’

That usually means there’s more to it than you might think. And after watching this, you may even change your mind. Yascha Mounk and Norm Ornstein square off against Lee Drutman and Katherine Gehl, with a little history from Joanne B. Freeman to start us off.
FOR CONTEXT:
Yes, third-party spoilers do sneak in to make a splash from time-to-time. Teddy Roosevelt and Ross Perot are often credited with enabling Woodrow Wilson and Bill Clinton to squeeze out presidential wins with just 42 and 43 percent of the popular vote, respectively. And don’t ask Al Gore about Ralph Nader. But by-and-large, if you’re American, your choice is usually a binary one.
THE WEEK THAT WAS:
President Trump, fresh out of Walter Reed National Military Medical Center where he was being treated for Covid-19, told Fox Business that he wasn’t going to “waste [his] time doing a virtual debate” with former Vice President Joe Biden. “That’s not what debating is all about.”

Of course, we, at Intelligence Squared, respectfully disagree. Have a look at our latest Unresolved debate series on American Policing to get a sense of how we do it.
As always, let us know what you think.

POINT / COUNTERPOINT
Two perspectives on one of the nation's biggest debates this week.
Should the U.S. Embrace Third Parties

FOR:
Voters need more third-party options. Americans should demand it.
“With a political system that both parties continually tweak each election cycle to present voters with polarizing candidates, 2020 might end up even surpassing unfavorability records.”
- USA Today
AGAINST:

Why third parties should stop running candidates for president
“Third-party candidates won’t win, they can only siphon votes away from candidates who agree with them on some things but not everything.”
- The Washington Post

How close have third party candidates come to the White House? Take a look at the handful of times when an alternative earned Electoral College votes. 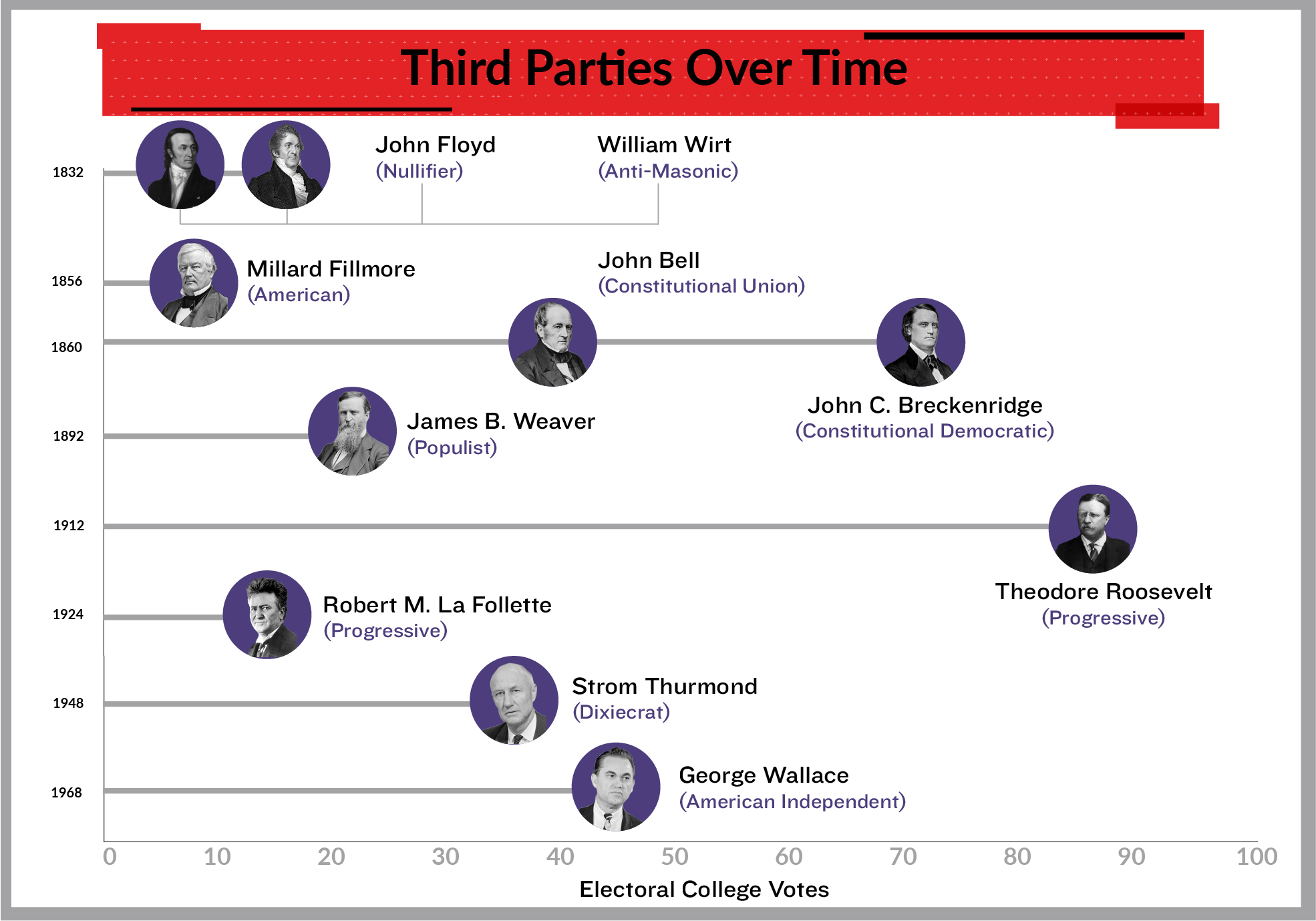 27
The number of countries with mandatory voting laws

Roughly four-in-ten eligible Americans did not vote in the 2016 presidential election. While most of the world does not have compulsory voting, some countries, like Belgium and Australia, do. Should the U.S. make voting mandatory?

YES:
One fix could change U.S. politics, government and elections for the better: Make voting mandatory
– LA Times
NO
In a season of bad ideas, one stands out
– The Hill

- With the future of the Affordable Care Act uncertain, Paul Krugman argues that a Biden victory would maintain and expand health care for millions of Americans. [Read more via New York Times, Paul’s debate on universal health care.]

- Meanwhile, Sally Pipes argues that the ACA is failing Americans, noting that unsubsidized enrollment in the marketplace has fallen in recent years. [Read more via Fox, Sally's debate on Medicare for All.]

- Should Americans be worried about the integrity of next month’s presidential election? Michael Waldman argues no. [Read more via Politico, Michael's debate on President Trump.]

- A month into the school year, how are schools faring? Carol Burris dives in. [Read more via Washington Post, Carol's debate on Common Core.]