This week, the Supreme Court heard arguments (over teleconference) on a case that gets to the heart of a truly unique feature in American democracy: The Electoral College. In this faithless elector case, a group of Washington State Electoral College representatives argue that they should not be bound by the voters they represent but should instead be able to elect the candidate of their own choosing. In this edition of the Intelligence Briefing, we're diving into the history and merits of the Electoral College today. P.S.: The “faithless electors” were represented in the Supreme Court by Lawrence Lessig, an alum of our debates. You can see him debate “Call a Convention to Amend the Constitution” on our stage here.

Here's what we have in store for you this week:
-Central Intelligence:Has the Electoral College outlived its usefulness?
-Intelligraphic: The Electoral College Impact: Then & Now
-Points of View: Insights and analysis from past debaters
-Double Digits: 270
-That's Debatable: What did the Founding Fathers intend?
-ICYMI: Our premiere virtual debate on the global financial system and the pandemic

CENTRAL INTELLIGENCE
Your top news from Intelligence Squared
Has the Electoral College outlived its usefulness? 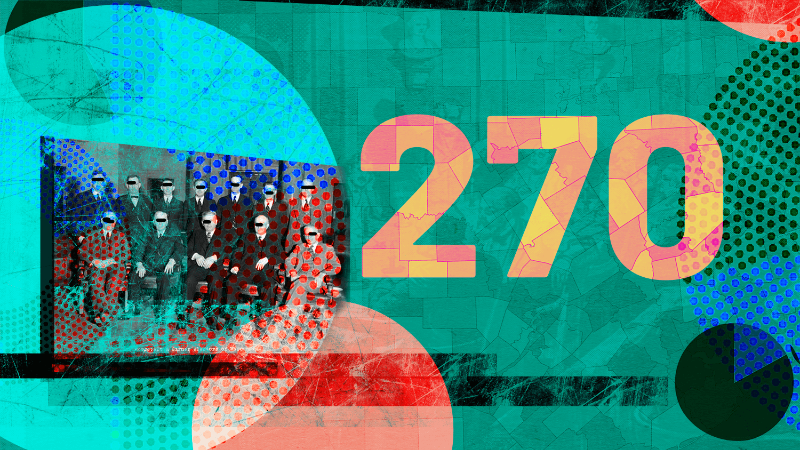 Hi there, it’s your host and moderator, John Donvan.
I’m recommending an unusual listen: the Supreme Court nine, each at home on a phone, hearing arguments on the so-called “faithless elector” situation, where people who pledged to vote for Candidate A in the Electoral College switch instead to Candidate B. You can find a link to audio here. It happened because the Justices had work to do but, like the rest of us, they’ve been encouraged to exercise social distancing. So, for the first time, the Supreme Court’s letting the public listen in live to oral arguments.
That’s fascinating enough, but the content, even more so, if you’re an Electoral College nerd or, in my case, because I’ve been preparing to moderate a debate on the Electoral College.
What I get from having heard some of the SCOTUS oral arguments, and from the briefing materials from our IQ2 research team, is that the Electoral College is the doorway to some truly rich disagreements on a lot of levels: from what intentions drove its creation, to what values its supporters and detractors think it represents, to the question of how easily it could be replaced with some other way of choosing our presidents.
Watch the debate here.

The United States has held 58 presidential elections. In 53 of them, the candidate elected to the office won both the popular vote and the Electoral College. But in four, that wasn’t the case. Then there's the Corrupt Bargain of 1824, where four candidates split the Electoral College. The House gave the win to John Quincy Adams even though Jackson got more electoral and popular votes. (Lin-Manuel Miranda, an idea for your next musical?)

Now, 58% of voters support amending the constitution to abolish the college entirely. Do you agree? 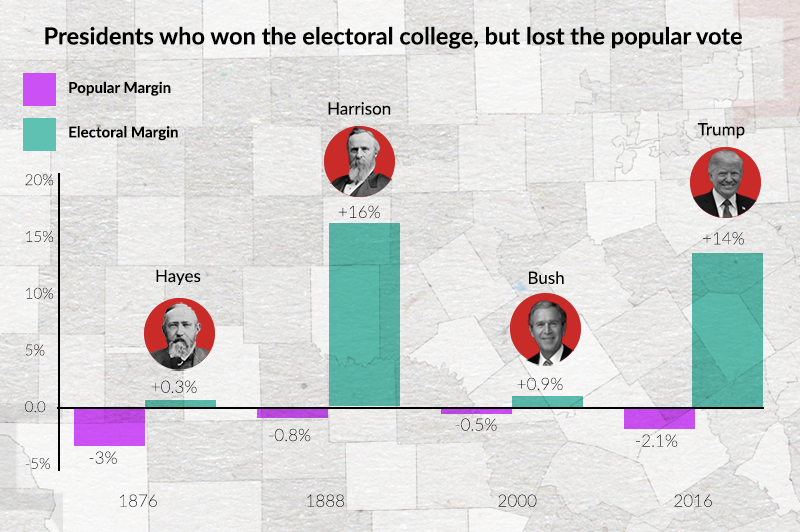 -Would Medicare for All benefit Americans in the fight against coronavirus? Adam Gaffney debated the policy on our stage last fall and now argues that implementing universal coverage is one of the eight steps we must take to effectively combat the pandemic. (Boston Review, Adam's debate)

-But Sally Pipes, who was Adam's opponent, argues that Medicare for All would make the United States less prepared for a pandemic because the government isn't equipped to manage health care. (Fox News, Sally's debate)

-Back at home, Lee Drutman suggests that most Americans will likely vote by mail if the coronavirus pandemic persists. Will this benefit one party over the other? (FiveThirtyEight, Lee's debate)

270
The number of Electoral College votes needed to win the presidential election.
The total number of electors in the Electoral College stands at 538, and a presidential candidate must meet the magic number of 270 for a nomination. But as capitals and territories such as the District of Columbia and Puerto Rico vie for statehood, this number may change. Is 270 the future?

In Favor:
The Atlantic: The 53-State Solution: New states are the answer to America’s minority-rule problem. The U.S. Economy Will Beat Coronavirus, Buffett Says: ‘Never Bet Against America’
“In the short term, new Democratic states would remedy the advantages Republicans currently hold in the Senate—and, to a lesser extent, the Electoral College—which allow a party to control the federal government despite a lack of popular support.” - Simon Barnicle

Opposed to:
Heritage:"Fixing" Our Democracy Would Only Make Matters Worse.
“Statehood for the District of Columbia would not affect presidential elections, since D.C. residents already vote for president, but it would allow the District to exert outsized influence over national politics.” - John W. York 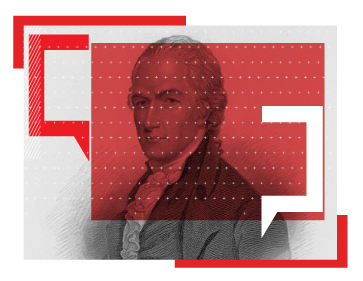 In Favor of the Electoral College
The Federalist Papers. No 68: "And as the electors, chosen in each State, are to assemble and vote in the State in which they are chosen, this detached and divided situation will expose them much less to heats and ferments, which might be communicated from them to the people, than if they were all to be convened at one time, in one place.” - Alexander Hamilton

Opposed to the Electoral College
Anti-Federalist No. 72: “Is it then become necessary, that a free people should first resign their right of suffrage into other hands besides their own, and then, secondly, that they to whom they resign it should be compelled to choose men, whose persons, characters, manners, or principles they know nothing of?” - Anonymous writer, ‘REPUBLICUS’

We hosted our first virtual debate on this motion: “The Global Financial System Was Better Prepared for the Pandemic Than 2008.” See former Obama economic adviser Jason Furman and editor-at-large of the Financial Times (U.S.) debate how our financial system fares in the face of a pandemic. You can watch and see who won that debate here.