Is the gravity of politics and pandemic pulling you down? Two-thirds of Americans reportedly feel more anxious than they did at this time last year, with viral caseloads spiking on the heels of a divisive election, and the prospects of dry turkey in the oven.
Sometimes, we all need a little space.
So, here’s your escape hatch: The discovery of water on the moon; the first African American ISS crew member, and – of course – a zero G Baby Yoda. With new interstellar adventures in the works, and NASA’s opening to private rocket ships, our Earthly limitations not only seem a little less fixed... they also make the squabbles of planetary life a bit more pedestrian.
Though star trackers mark Altair and Vega.
Same as mariners eyed long ago.
We are still as wayfinders of knowledge
Seeking new things that mankind shall know.
- Capt. Bill McMichael, First ISS Commander
This weekend, the second of two “wayfinders” is set to launch; a SpaceX Falcon 9 rocket carrying a constellation of Elon Musk’s “Starlink” satellites, meant to improve internet access on Earth. You can watch the blast-off here, courtesy of NASA, at 9:56 p.m. EST tonight.
Yet for all the starry-eyed prose, there’s also big money to be made. A potential multi-trillion-dollar market has those like Musk, and fellow centi-billionaire, Jeff Bezos, devising their own plans for commercialization… along with a host of space-bound nations.
And that brings us --- to us.
With a new space race heating up, we thought it time to revisit what it all means, and whether a space race is indeed good for humanity, especially when it comes to China. Innovation and discovery?  A global arms race?  A little of both?  Our host and moderator, John Donvan, referees the competing minds of four space luminaries, who square off on this very topic.
Have a watch or listen.
As always, let us know what you think.
P.S. -  Sign up here to find us in your inbox each week.  And if you like what you read, consider sharing this blog post with a friend here. You can always reach us at info@iq2us.org with ideas and feedback.

POINT / COUNTERPOINT
Two perspectives on one of the nation's biggest debates this week.
The United States Should Lead in Space

Should states continue to write and enforce their own voting rules, or should there be a federal standard?
FOR:
VP Pence: SpaceX Crew-1 launch proves NASA is back, President Trump has secured America's leadership in space
“Our administration recognized what the American people have known for more than a half a century – that our security, our prosperity, and our very way of life, depend on American leadership—including American leadership in space.”
- Fox News
AGAINST:
No One Should ‘Colonize’ Space
“In mentioning manifest destiny, Trump has resurrected an idea most commonly found in history books.[…]This philosophy, premised on racist beliefs of the past, doesn’t align with any of America’s ambitions in space exploration today.”
- The Atlantic

INTELLIGRAPHIC
The International Space Station, launched over 22 years ago, is the largest man-made object to ever orbit the Earth, and one of the most expensive projects ever built. Let's take a look inside humanity's home away from Earth. 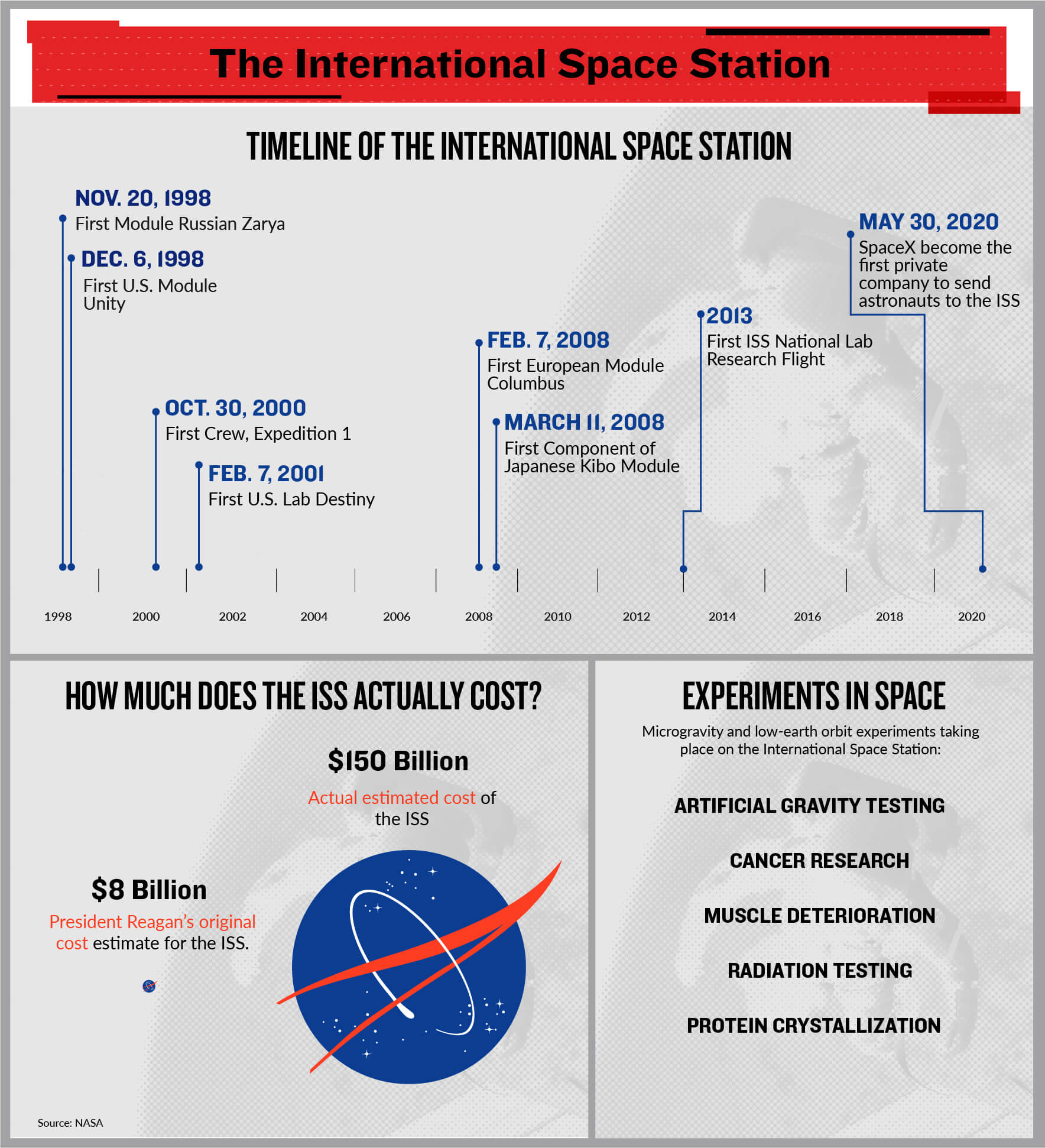 In 2011, NASA retired the Space Shuttle after thirty years of use. Since then, the U.S. has paid Russia nearly $80 million per seat to fly Americans to the International Space Station. Now, with emerging private-public partnerships with SpaceX and Boeing, NASA will be able to fly Americans for cheaper. Should private enterprise continue to reach for the stars?

FOR: NASA estimates having SpaceX and Boeing build spacecraft for astronauts saved $20 billion to $30 billion
“Beyond the cost savings, NASA noted that there are already deals in place to use the spacecraft for flights by private astronauts.”
- CNBC

AGAINST: Big Tech is leading the new space race. Here's why that's a problem
“There is an opportunity to return to the spirit of internationalism that infused the early days of space exploration in which space was held as a shared resource to be protected and guarded from exploitation.”
- Salon

- As the U.S. wades through political division, Andrew Kluth notes that Poland can serve as a lesson, and warning. [Read more via Bloomberg, Andrew's debate on California politics.]

- How should a Biden administration deal with China? Stewart Baker calls to add to, not reverse, the Trump administration’s course of action. [Read more via Washington Post, Stewart's debate on technology and privacy.]

- What has the U.S. done to help North Korean cititzens? Suki Kim dives in. [Read more via The New Yorker, Suki's debate on U.S.-North Korean relations.]