In this week's briefing, we dive into identity politics, break down the GOP’s attraction with African Americans, examine why how we count is before SCOTUS, and of course bring you your Sunday reading list.
Enjoy.
Up for Debate: Do Identity Politics Win?
If we were to evaluate John Adams, who warned that Irish immigrants would “corrupt our elections,” would we say America’s second president was playing identity politics? If a generation later, we were to look at New York's Tammany Hall and its track record of getting Irish Catholics elected (who then increased immigrant services), would we call that strategy – turned on its head – a success?
What about now?
Despite a Democratic focus on disparaging remarks the president has made toward minorities, black men in November nonetheless voted for President Trump in record numbers. The “Hispanic vote” (which lumps together Americans of Mexican, Puerto Rican, Cuban, Central and South American descent) also bumped up for Trump, compared to the last go-round in 2016. In those cases, identity appeals to specific voting blocks may not have actually worked. Shared experiences through identity, some argue, is not an overwhelming determinant in how a vote is cast. Then again, if Irish-American politics are any guide, there may be a longer game here. And remember, others argue, when it comes to the legislature, the 117th Congress will indeed be America’s most racially and ethnically diverse. What that means for those all-important Georgia Senate run-offs is anybody’s guess. But it got us thinking about the idea of identity politics more broadly, and whether it’s actually a way to win. So… we thought we’d invite Professor John McWhorter (against) and Dr. Michael Eric Dyson (for) to have it out on our virtual stage – hosted by John Donvan.
Have a listen.
As always, let us know what you think. 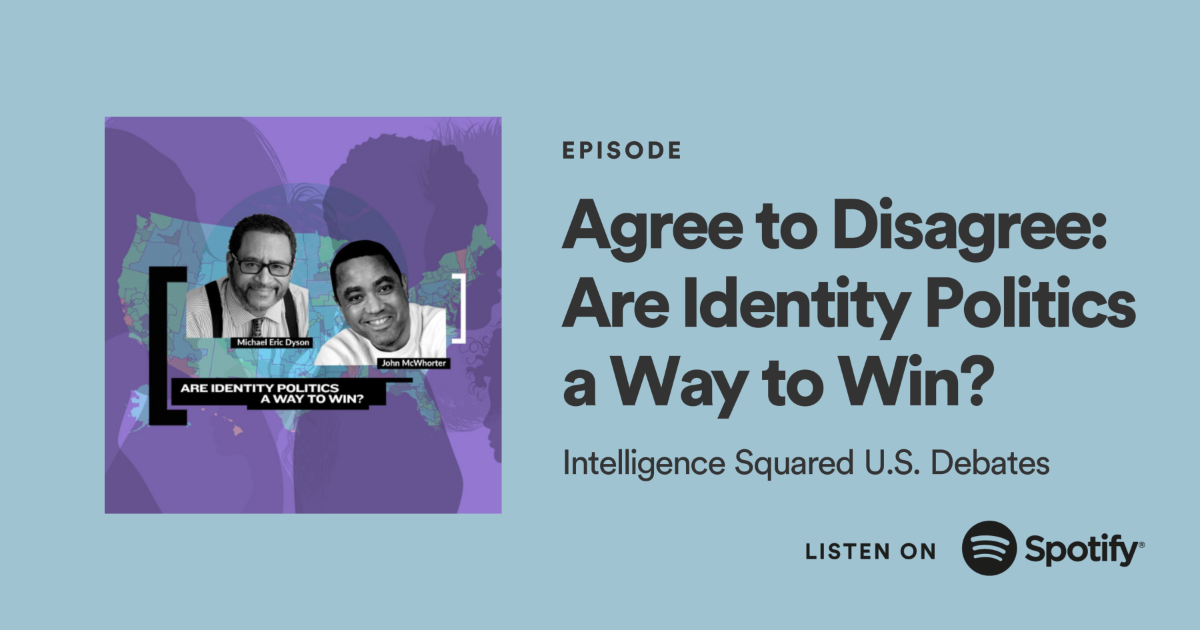 POINT / COUNTERPOINT Two perspectives on one of the nation's biggest debates this week. Is Identity Politics a Winning Strategy?

FOR:
“Despite reports to the contrary, identity politics isn’t dead — it’s been born again. Identity politics is both an electoral strategy and a governing strategy designed to protect power.” Read More
- KHALILAH L. BROWN-DEAN, Los Angeles Times
AGAINST:
“The concept that the country should be divided into aggrieved categories based on race, national origin or sex—now a core tenet of the Democratic Party—lost from coast to coast.”  Read More
- MIKE GONZALEZ, Wall Street Journal 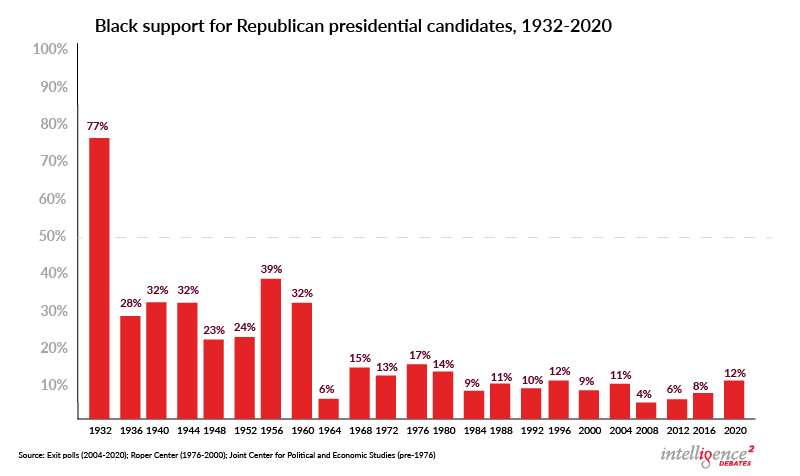 Another Bold Strike Against Iran [REUEL MARC GERECHT, Wall Street Journal]
Watch Reuel's debateon the Middle EastThe Libertarian Argument Is the Best Argument Against Immunity Passports. But is it good enough?  [JULIAN SAVULESCU AND ALBERTO GIUBILINI, Practical Ethics] Watch Julian's debate on performance-enhencing drugs
Democratic Offense Against Disinformation [ALINA POLYAKOVA AND DANIEL FRIED, The Center for European Analysis] Watc Alina's debate on automation and democracy
Thank You, Justice Gorsuch [BRET STEPHENS, The New York Times]
Watch Bret's debate on zionism
China’s move on Ant makes the fight on Big Tech global [MARIETJE SCHAAKE, Financial Times]
Watch Marietje's debate on big tech regulation
We hope you will join us and continue to uphold the standard of public discourse. If you believe in informed, substantive and civil debate, please consider sharing our newsletter with a friend, follow us on Twitter or Instagram, and consider donating – whatever you can – to help keep this work going.
Politics