Against the backdrop of a rapidly changing world, we consider the shifting geopolitical tides between the United States and China. This week, we presented a virtual debate about how coronavirus might change the world order, perhaps in China’s favor. Back at home, we consult our past debaters about the evolving civil unrest in the cities and towns across the country.

Here’s what we have in store:
-That's Debatable: Could coronavirus reshape the global order?
-Intelligraphic: Democracies in Flux
-Double Digits: $452 billion
-Points of View: Insights and anallysis from past debaters

THAT'S DEBATABLE
Two perspectives on one of the nation's biggest debates this week.
Could Coronavirus Reshape the Global Order? 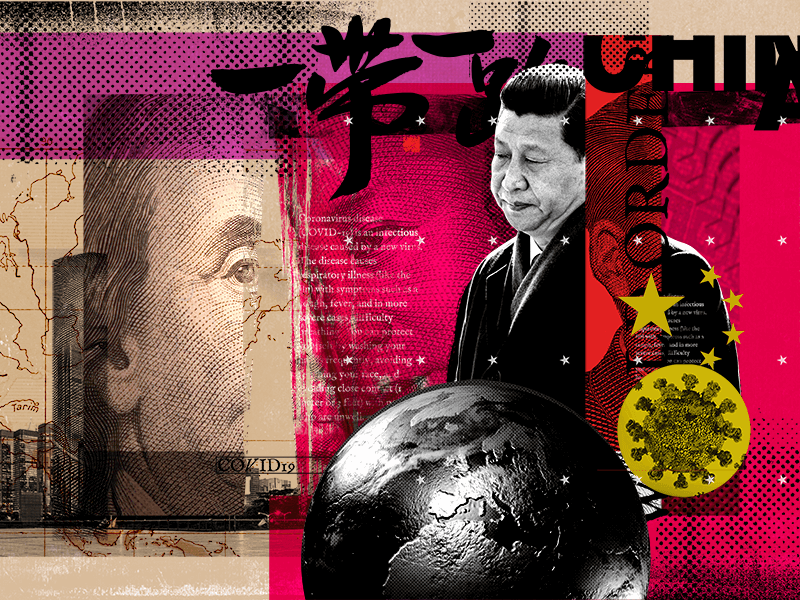 “Now there's an argument that the coronavirus crisis is opening the door for another nation to move up while the U.S. moves down. And that nation is China: ironically, the place where COVID-19 first started. China has been maneuvering for advantage during this crisis, very publicly sending help and aid around the world, and also trumpeting its claimed conquest of the virus as an example of the Chinese government's way of doing things better; basically, usurping the role of the so-called indispensable nation that has long belonged to the United States.”
-John Donvan


Foreign Affairs sparked record-breaking traffic to their website after publishing two perspectives on the coronavirus pandemic. So, we brought those articles to the stage with the motion “Coronavirus Will Reshape the World Order in China's Favor.” Here’s what we learned:
For the Motion:

Kurt M. Campbell & Kishore Mahbubani:
-The U.S. has managed the coronavirus pandemic poorly
-China is asserting itself as a remerging historic global superpower
-Global leadership will be determined by the 6 billion people outside China and the U.S.

Against the Motion:
Minxin Pei & Susan Thornton:
-The U.S. can correct course after initial missteps in its pandemic response strategy
-China does not have the capacity or resources to fill the American leadership gap
-The CCP is facing political backlash at home following the outbreak

Be sure to check out the two Foreign Affairs articles that inspired this debate here:

In Favor of Rising China:

The Coronavirus Could Reshape Global Order
“Beijing’s edge in material assistance is enhanced by the fact that much of what the world depends on to fight the coronavirus is made in China.”
Kurt M. Campbell and Rush Doshi

Opposed to a Rising China
China's Coming Upheaval
“Under Xi, correcting policy mistakes has proved to be difficult, since reversing decisions made personally by the strongman would undercut his image of infallibility.”
Minxin Pei

Democracy around the globe has been in decline for the past 14 years, according to the latest “Freedom in the World” report. While China is rated one of the worst-performing countries in the world, based on metrics such as governance, rule of law, and freedom of expression, this report also acknowledges its growing regional and global influence. The U.S. has notably slipped by 8 points over the last decade, falling behind its traditional democratic peers. Is the end of the liberal international order near?

$452 BILLION
The worth of goods the United States imported from China last year.
The pandemic is straining global supply chains and igniting staunch debate about where critical goods like medicine, food, and supplies should be made. Is it time for the United States to reshore its manufacturing?

In Favor of Reshoring:
The New York Times: The Era of Offshoring U.S. Jobs Is Over.

Opposed to Reshoring:
The Atlantic: Can the West Actually Ditch China?

This past week, Americans in all 50 states took to the streets to protest police brutality and racism. Several cities have imposed curfews, as officials try to quell looting and violence. In this unprecedented time in our nation's history, we look to our community of intellectual leaders for their insights. Here's what they have to say:

-How should the government respond to protestors? Jennifer Rubin argues that the White House has deliberately incited violence and violated protestors' constitutional rights. (The Washington Post, Jennifer's debate)

-Jeffrey Toobin takes a closer look at whether President Trump would have authority under the law to order federal troops into states, even when governors object. (The New Yorker, Jeffrey's debate)

-Heather Mac Donald writes that the officers involved with George Floyd's arrest must be held accountable and police training should focus on de-escalation, but she argues that her research does not demonstrate systematic racial bias in American policing. (The Wall Street Journal, Heather's debate)

-The problem with policing isn’t just a few “bad apples,” according to Paul Butler. The former prosecutor says that law enforcement in the United States is working as designed. (Vox, Paul's debate)

-Paul Krugman warns that underlying racial tensions in the United States, coupled with impunity by figures of authority, may be leading the nation to a breaking point. (The New York Times, Paul's debate)